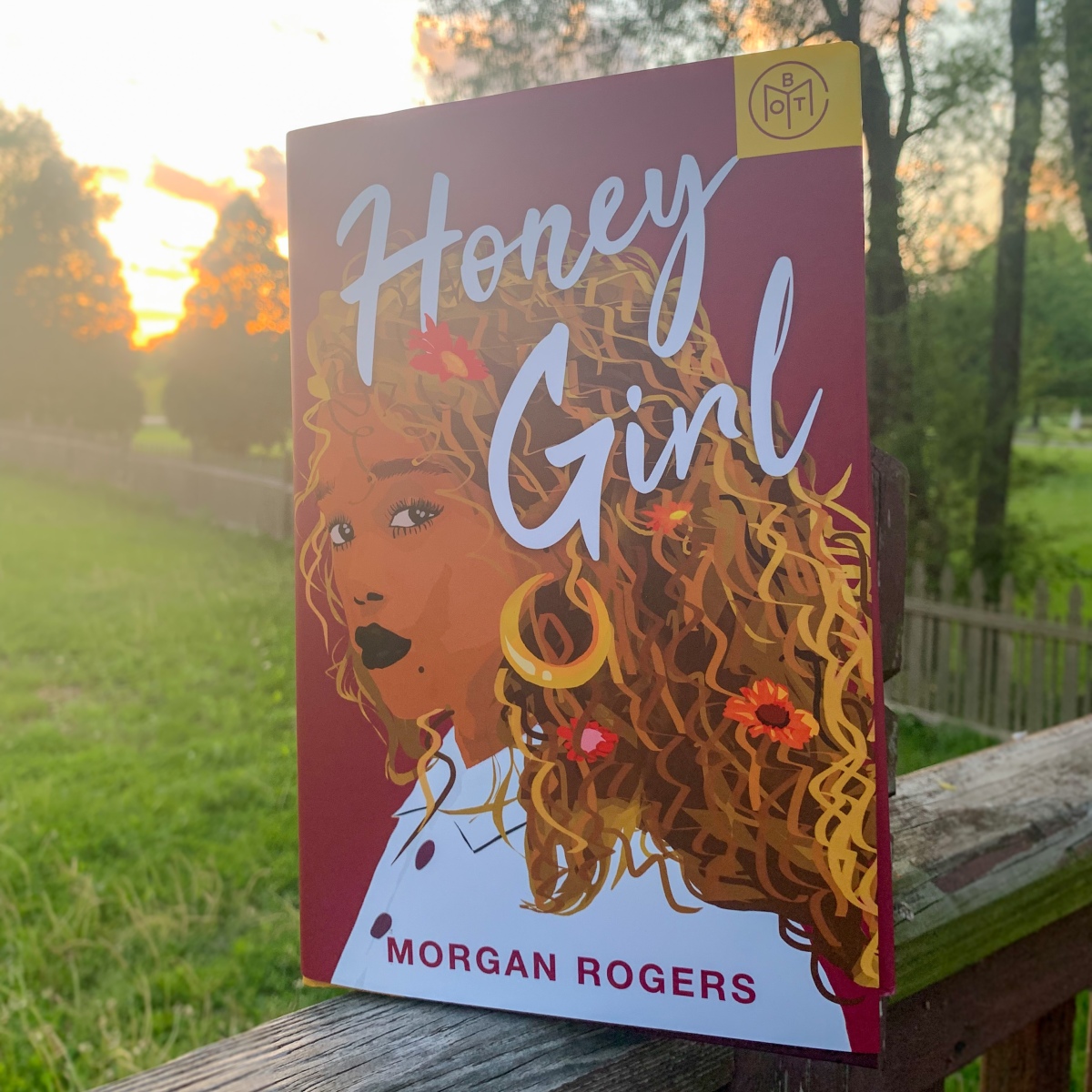 I ordered Honey Girl as one of my Book of the Month picks a few months ago, and oh how I wish I’d read it sooner.

This debut novel by Morgan Rogers was such a surprise for me. I thought it would be a sweet romantic comedy like many others, but Honey Girl stands out. It has heart. It tackles serious mental health issues. It is life-affirming.

What I Loved About Honey Girl

The representation in Honey Girl is amazing. Morgan Rogers is a Black Queer author who incorporates diversity into every page of her novel. The protagonist, Grace Porter, is a lesbian born to a strict, military father who is Black and a white mother who travels the world in search of herself. In a drunken frenzy after receiving her PhD in astronomy, Grace marries Yuki Yamamoto, an Asian radio host and waitress, in Las Vegas. That’s where the story begins, but Grace goes on a much more nuanced journey than only trying to get to know her wife. Grace’s friends are just as diverse as she and Yuki are, making this book a refreshing read.

This book is a romance, but it’s also described as a coming-of-age novel. Grace is struggling to find her home in academia. She is determined to be the best, and that means achieving the top position. She has been following the plan laid out by her father, Colonel, for eleven years, with her only rebellion being that she chose astronomy over medicine. Her job interviews sour Grace from the field as interview panels imply that her sexuality and race are “unsuitable” for a researcher. Despite being the favored student by her professor and mentor, Grace is distraught because her dream career has stalled.

This lost feeling really resonated with me. I could relate to Grace because of my own experience after my Master’s program. You work so hard in school and do everything right, but then when you graduate, you lose that student identity. I felt lost for a few years after I got my Master’s and eventually started my doctorate program to get back some of that identity and ultimately prove something to others. That is a disheartening sentence, but it’s the truth. I still question whether I’m living up to my potential and my worth as dictated by those two degrees.

But back to Grace. Her mental health is hurting, and I cheered for her when she came to that revelation. Ms. Rogers described mental illness in the most realistic way I have read in a very long time. From anxiety and depression to a damaged self-esteem to the struggle of finding a proper mental health therapist, Grace’s story felt real in every aspect.

Those are just a few of the reasons I loved this book. I especially loved Grace’s found family of roommates Ximena and Agnes, as well as her coworkers Raj and Meera. Honey Girl is a love story between two lonely creatures who find themselves bound by marriage. It is a beautifully written debut from an author I will be following closely. It is a book that I highly recommend!